BACK FOR THE 3RD YEAR!

This unique WEEK-LONG CLASS will be offered virtually

with a Virtual Showcase for parents on FRIDAY, JULY 31st, where students will also have the opportunity to perform their showcase for Talent Agent, 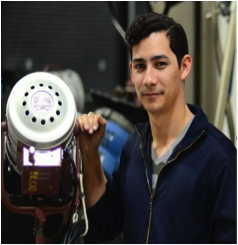 Keegan Mullin is a graduate of Dodge College of Film and Media Arts at Chapman University. His work has been showcased at numerous major film festivals and was chosen as a semifinalist for the Student Academy Awards. In 2015 Keegan won the Directors Guild of America Student Film Award for his outstanding achievement in directing his film The Last Words.  In addition to his work in film, Keegan has studied acting works as an Educational Psychologist in Los Angeles and has spent years teaching, competing in, and choreographing American ballroom, and Swing Dance

The five-day virtual course will give students an in-depth exploration of the acting experience, covering topics such as the auditioning process for stage and screen, character development, and monologue preparation/scene work. Students will gain an understanding of how best to be prepared for an audition, as well as foundational tools that are essential for the success of any actor.

**Jennifer successfully created and ran her theater company Stand Out Talent for 8 years. After producing, directing, casting, choreographing, costuming, designing sets and lights; as well as teaching acting, voice and dance it was time to add something new. Being an Agent has allowed her to continue to help actors be safe, smart and successful. She still teaches acting and singing virtually and continues scouting and representing Johnson Talent Agency.